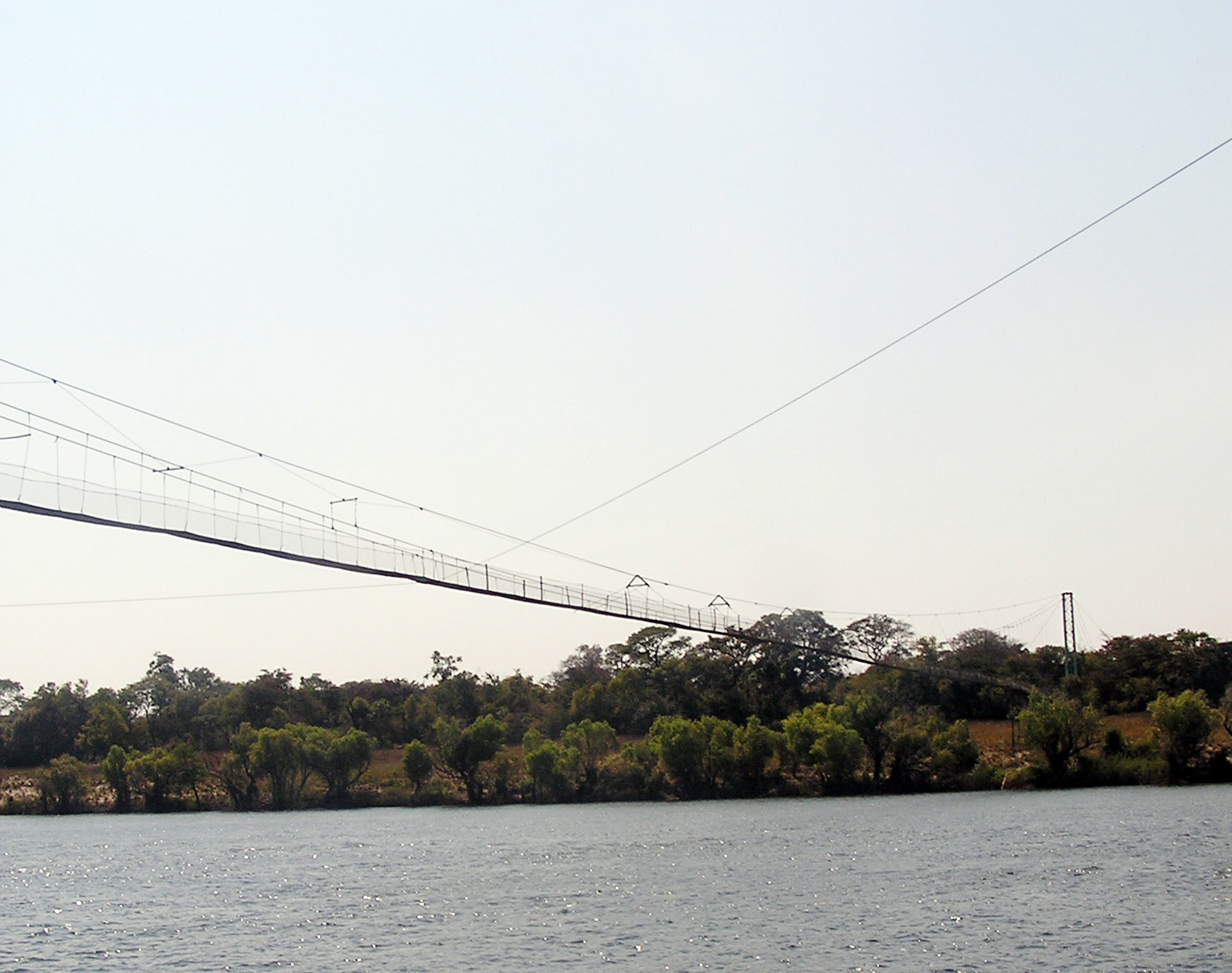 Chinyingi is a Capuchin mission and hospital in the sparsely populated North-Western Province of , on the east banks of the river Zambezi. An estimated 500 people live within a seven kilometer radius of the Chinyingi mission. The mission’s hospital, Chinyingi Mission Hospital, serves the local community with a 52-bed hospital and several health outreach programs, providing everything from first aid to services for victims of AIDS, which affects some 25% of Zambia’s population. The mission also operates a school.

In the 1970s, a Capuchin brother named Crispin Baleri constructed a simple suspension bridge over the Zambezi. Baleri was inspired by the tragic death of four locals, who drowned in the Zambezi while trying to ferry a sick person to the hospital for care. He solicited donations of material from local copper mines and employed local unskilled labor to construct the bridge, which despite Baleri’s lack of training or expertise, still spans the river as of 2005. The bridge Baleri constructed, together with a pontoon bridge later constructed underneath it to allow vehicles to cross, is one of only five crossings along the 2,574 kilometer length of the Zambezi. Of the five, the Chinyingi crossing is closest to the river’s source.